The Cricket brings Australians MPs in Corfu, May 2011, EL.O.K 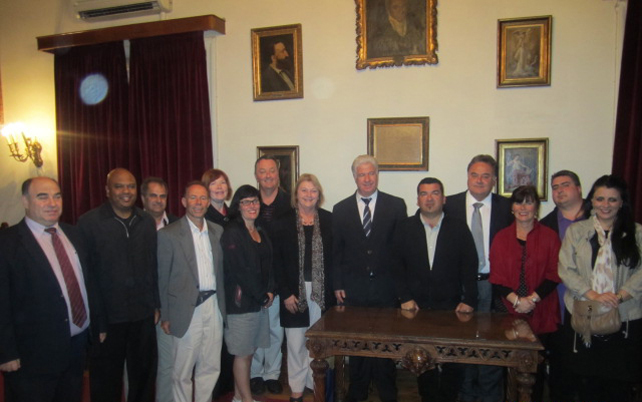 The Cricket brings Australians MPs in Corfu, May 2011, EL.O.K

They visited Corfu on Wednesday 11 May 2011 , Members of the House of Victoriaapodechomenoi invitation of Greek Cricket Federation. As part of planned events, the deputies participated in a cricket match at the historic stadium of Kato Plateia where they faced the Corfiot veteran athletes. On the occasion of their visit to the island for three days, the Australian politicians met with the Governor, the deputies, the Mayor and other bodies of Corfu. in particular the Federation had the honor of welcoming them:

He visited Corfu on Thursday 12/5/2011 the Deputy Minister of Culture & Of Tourism George Nikitiadis, accepting invitation of the President of the Hellenic Cricket Federation Joseph Nikitas. Purpose of his visit, was the meeting with the Australian MPs.