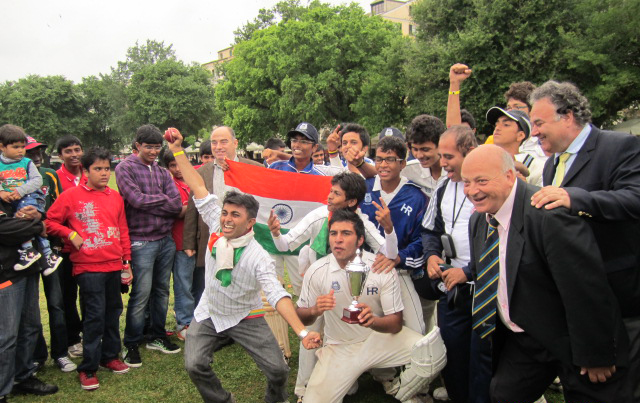 The Greek Cricket Federation organized the 1st INTERNATIONAL SCHOOL CRICKET TOURNAMENT , which was held from 25-30 April Corfu with the participation of schools from around the world. The tournament was officially announced at the event co-organized by the Greek Federation Cricket and PIN in London in November 2010 presence of Deputy Culture & tourism Mr.. Nikitiadi, in the space of Cricket Museum in the historic Lord's stadium in Marylebone Cricket Ground in addition to initiating the WORLD TRAVEL MARKET.

The tournament was a feast for young people from all over the world gathered in the country that gave birth to the sport and culture. The tournament attended school bands from India, Qatar,Great Britain, Norway, Australia, Βουλγαρία , Cyprus and of course the representative assembly of the Greek Federation of Cricket. The choice of the period and of course it was not random. The uniqueness that distinguishes Easter in Corfu is known worldwide, It attracts thousands of visitors each year. So the tournament holding period was chosen deliberately, where shipments arrived in Corfu from 23/4, M. Friday (9 nights) that the message of this feast spread to more people and to have extended duration.